The 120-Year History of Our Ticking Fabrics

J.M. Jacquard, (1752 - 1834) mechanical weaver from Lyon, developed the ideas of his contemporaries (Falcon, Bouchon and Vancanson) and combined them creating a loom that wove damask fabrics being manipulated only by one man. Before this invention, the presence of several people was needed to do the same job. His loom was presented at the Paris Exposition of 1801. Although this loom was burned in Lyon by weavers (les “canuts”) who feared losing jobs, the reality is that the system used, based on punched cards, did not it only meant a great advance in the textile industry, but also served as the basis for other inventions such as the fax or computers. The invention was very well received by the French government, which awarded Jacquard the title of the Legion of Honor and assigned him an amount for each loom manufactured. In 1812 there were already more than 11,000 looms in France. With the Jacquard loom it was possible to weave large quantities of fabrics with bright colors in fashion such as the old brocades and not only with silk but also with cotton and other fibers.

Igualada, Sabadell, Manresa, Barcelona, ​​a large area where the textile industry has always been an engine of life. First they were hand looms and spinning, then moved by the force of the rivers and later by the energy of coal. When around 1880 in Igualada there was neither hydraulic power nor coal and while other cities began to specialize in silk, wool or hemp and linen, Igualada bets on the novelty of Jacquard machines. Thus, before the end of the 19th century, the history of our precious damask fabrics used to make mattress covers begins.

In 1894, the Ca l´Ortinez company incorporated 9 looms specializing in damask. Later, in 1903, this company and others in Igualada have about 60 looms. This area continues to specialize in damask, so in Igualada around 1932 there were more than 200 looms that produced millions of meters of these fabrics until the last factory closed in the 1980s. 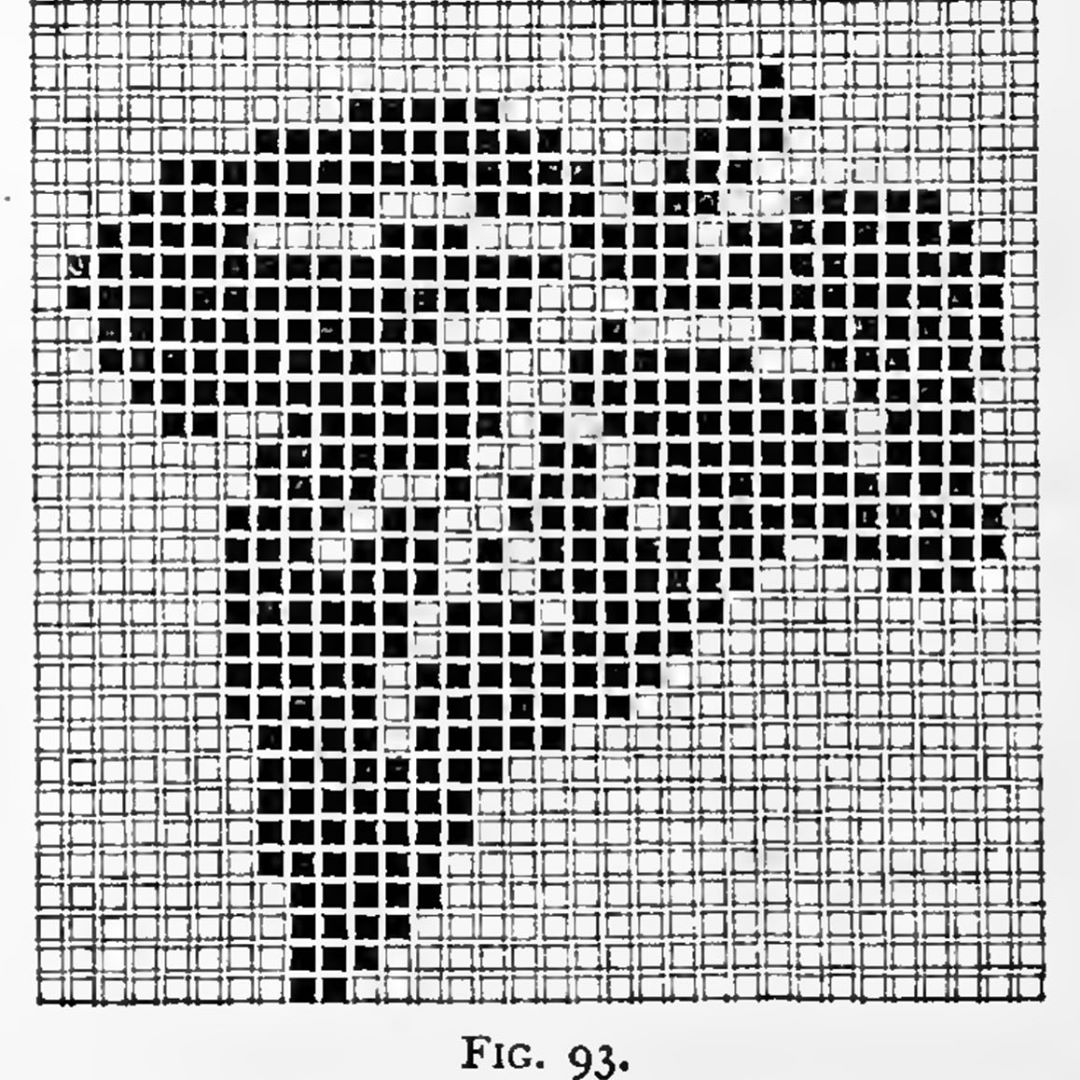 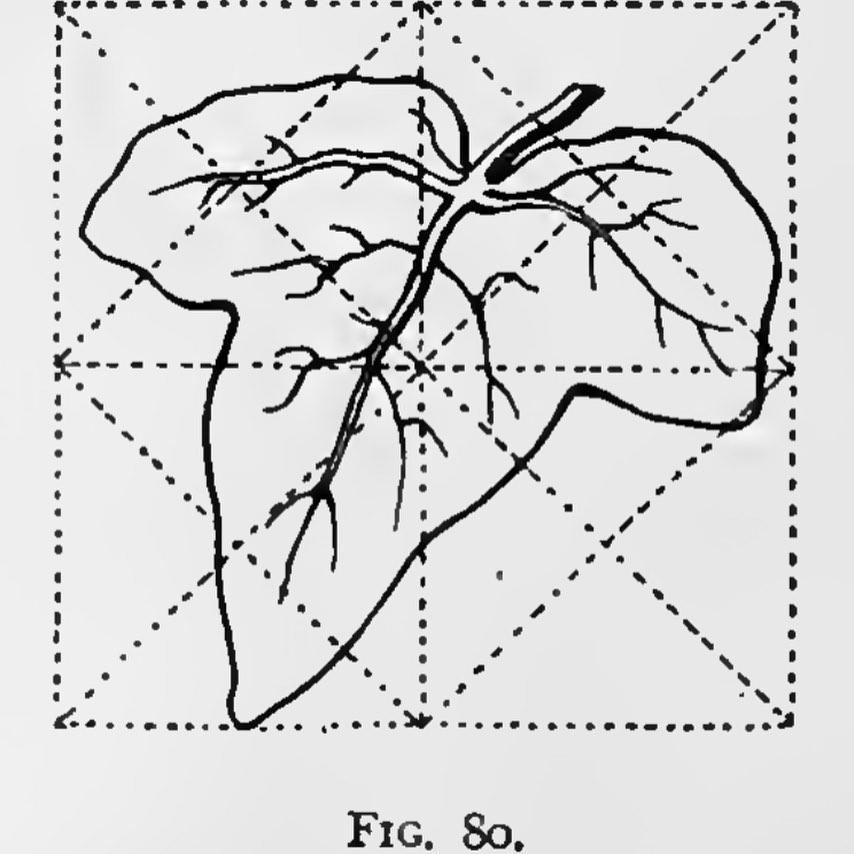 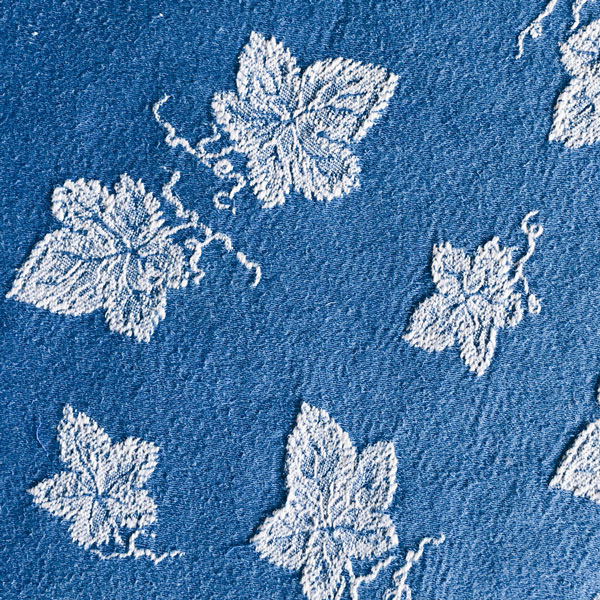 "Design for Damask Fabrics to be Executed on a Jacquard Loom, with Compound Harness Attached". THE JACQUARD MACHINE, E. A. POSSELT (1888), Archive.org

The manufacturing process of these fabrics was complex: first the artists made, from sketches to colored sheets, the basis of the patterns that will later appear on the fabrics. Later, the designer passes these drawings to diagrams in which the different points that will be used in the looms appear, the "posta en carta", then these diagrams are transformed into punched holes in the cards that will guide a kind of needles that will raise the warp threads. A complex system that required a series of specialists, but which managed to weave an enormous amount of meters of fabric.

In Igualada and its region, not all companies had jacquard looms. So many thought, how to make fabrics that can compete with the magnificent damasks? They found the solution using color and weave. As weave they used twill and sateen, resistant and moldable, playing with stripes of different widths and colors. Making risky, vibrant, happy or serious and “classic” combinations. These types of fabrics were called Cutíes, from the French 'Coutil'. 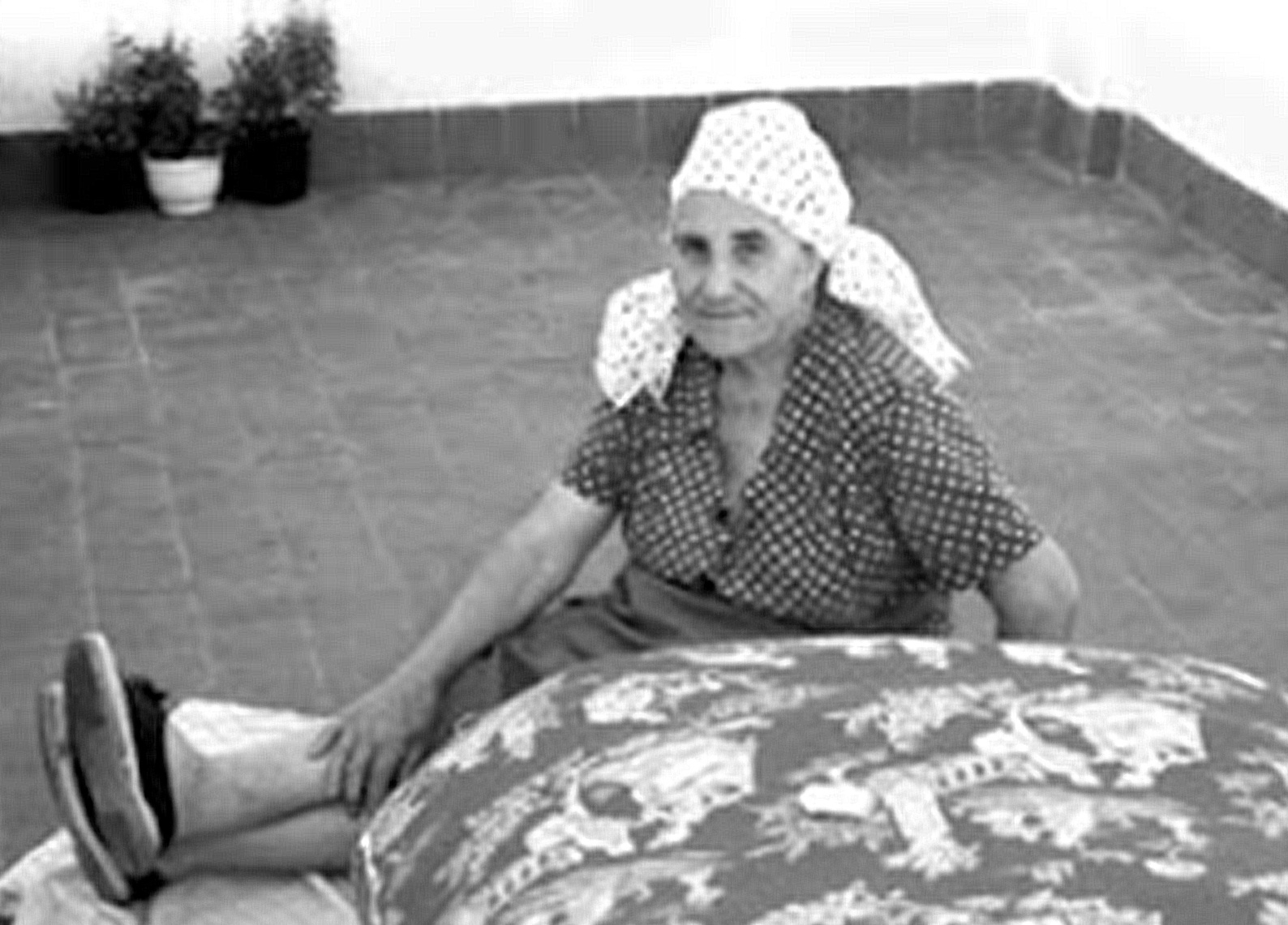 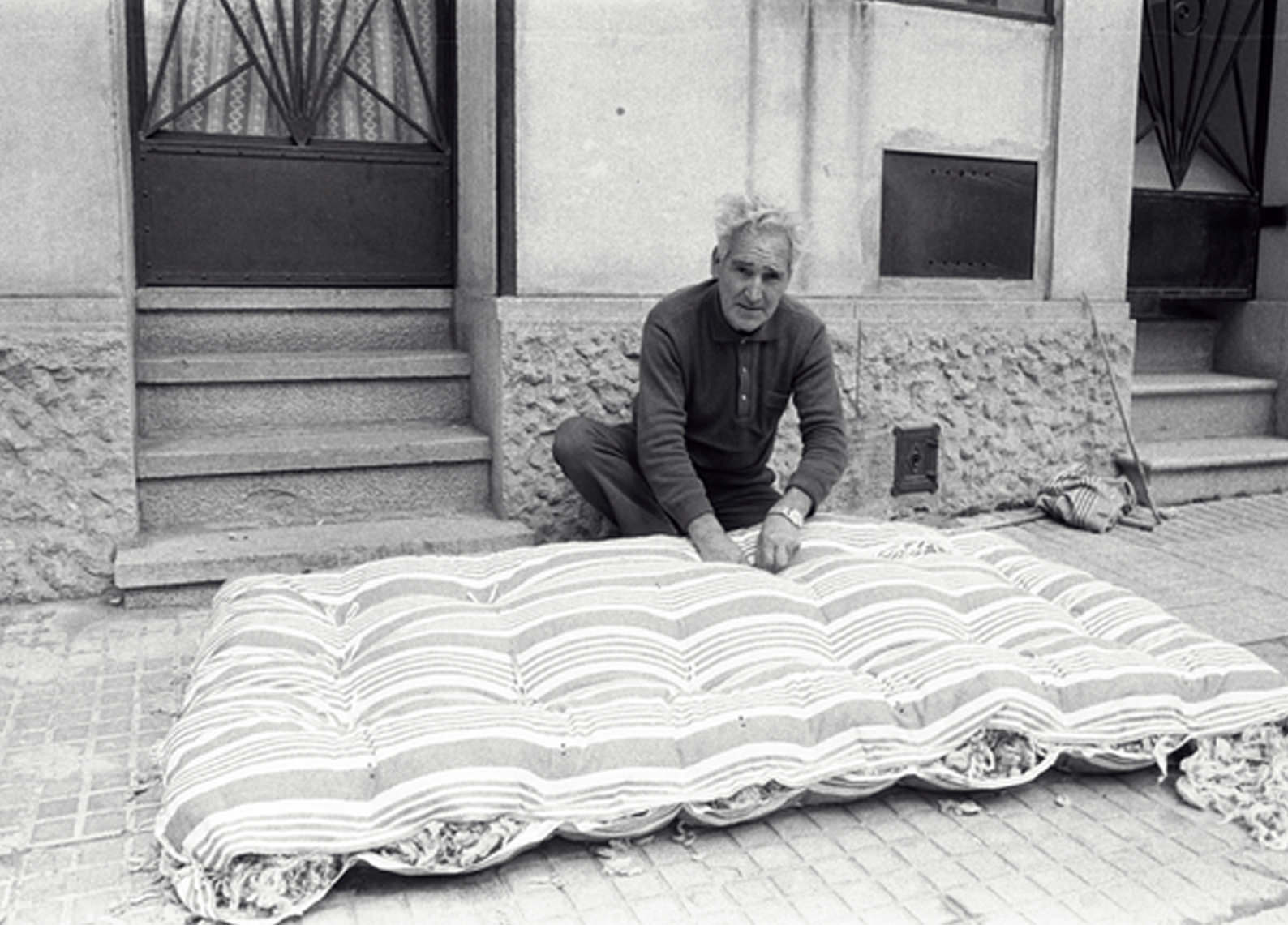 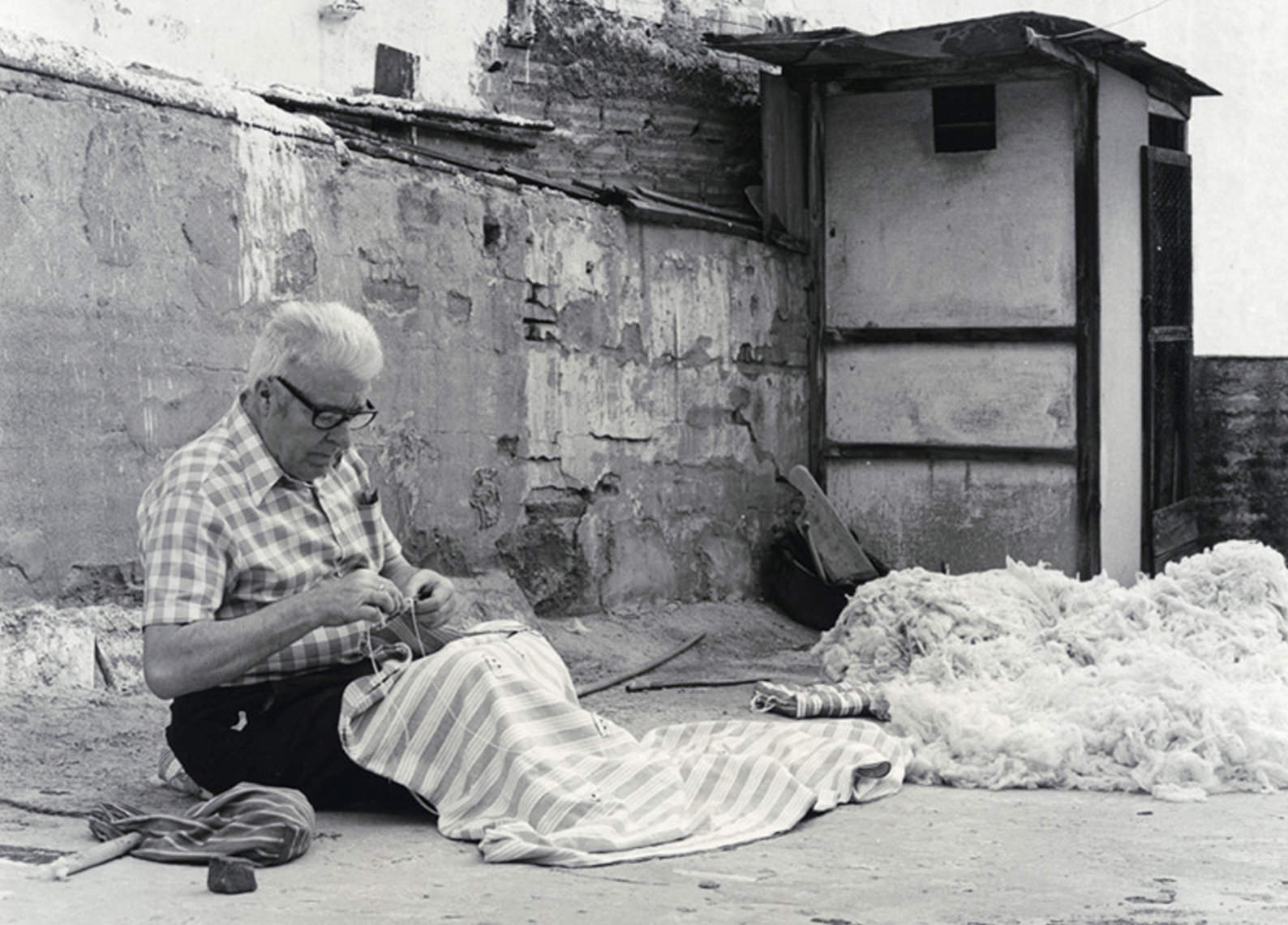 The mattresses were made by mattress makers—“colchoneras” or “colchoneros”—on demand, most of the time in the owners' house or on the street itself, in a nearby place. The mattress makers carded the wool so that it was fluffy and placed it by spreading it on a base of the fabrics, then they placed another fabric on top and sewed the edges until closing that huge cushion, then they mark the corners with new tight stitching to finally hold the wool passing a ribbon from one side to the other (through the ad hoc holes and closing with a tight loop. In this way the wool was secured.

Periodically, the wool had to be cleaned, shaken to dust it and carded again to recompose the mattress in the same fabric after washing. Thus, mattresses have been able to reach us after almost 100 years.